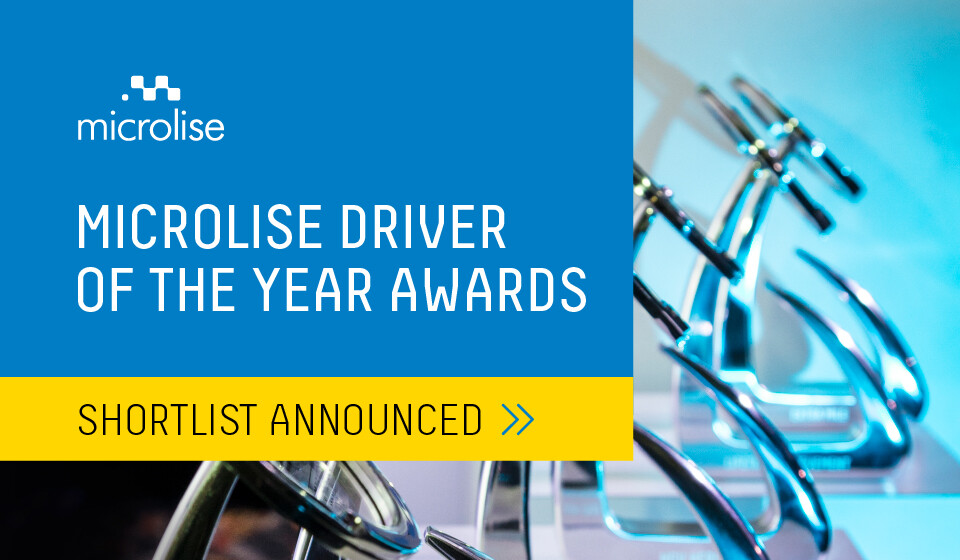 The shortlist for the Microlise Driver of the Year Awards has been announced today, highlighting the best-of-the-best from across the road transport industry, who continue to play a critical role in keeping the UK running.

With telematics-based categories containing an initial eligible pool of over 240,000 drivers, and nomination-based categories shining a spotlight on our heroes of the road, the shortlist has been drawn up after weeks of data analysis, corroboration by employers and assessment by an independent judging panel.

Chief Executive of Microlise, Nadeem Raza, celebrated the calibre of this year’s shortlisted drivers, “The Microlise Driver of the Year Awards, which is now in its eighth year, continues to highlight the dedication and expertise of drivers who travel the length and breadth of the UK, and further afield. According to the judging panel, there is very little to separate our shortlisted drivers, who are true ambassadors for the industry.”

Sarah Bell commented, “Throughout the judging process we were able to delight in individuals’ determination and tenacity. We were also humbled by accounts of those persevering and succeeding despite personal tragedy.  If we could have given them all an award, we would have. The awards shine a light on this brilliant industry, and I was honoured to be a part of it again.”

Steve Hobson added: “It is a privilege and a pleasure to be involved in judging these awards and provides a great insight into the excellent work HGV drivers do. They are often the unsung heroes that keep Britain moving, so it is fantastic to see them getting the recognition they deserve.”

The Short, Medium and Long-distance awards draw data from Microlise telematics units collected throughout 2021 which was then assessed against criteria developed by the University of Nottingham’s Advanced Data Analysis Centre. Employers submit entries for the additional categories, which the judging panel review.

Shortlisted drivers will again enjoy a Porsche track day with overall winners being announced over the coming weeks.

Most Improved Driver of the Year

Young Driver of the Year

Driver Excellence – No shortlist – award to be presented to operator with largest proportion of drivers in the top 1,000.