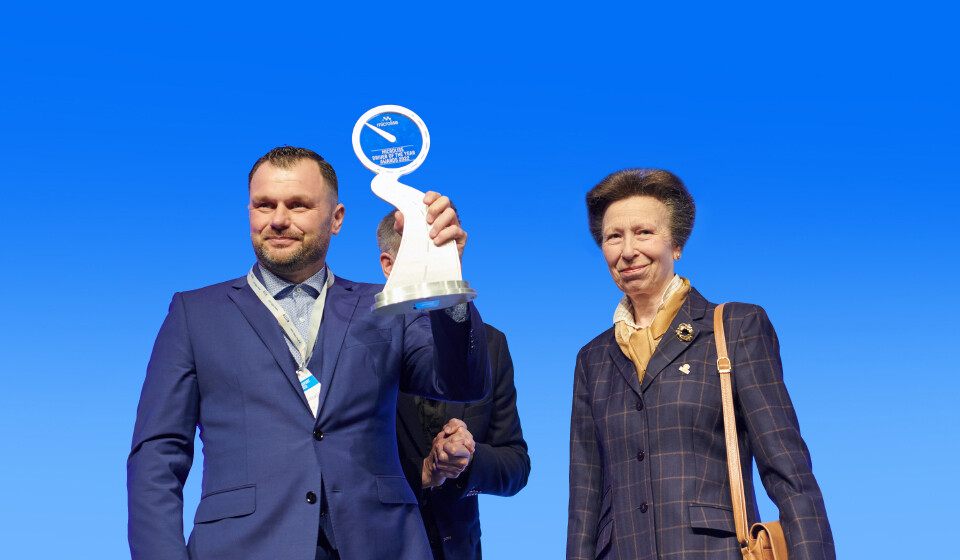 Great Bear driver Marek Mackiewicz, has scooped the Microlise Driver of the Year Award for 2022 beating stiff competition from more than 240,000 other UK drivers.

Marek was presented his trophy by HRH The Princess Royal, at the Microlise Transport Conference yesterday, in front over 1000 delegates from across the transport industry.

Marek also won the Medium distance category. The Short Distance category was won by Carl McCabe from Gist and the Long Distance title was taken by Alan Bateman from Ceva Logistics.

Meanwhile Maritime Transport won the Driver Excellence award, as they had the highest proportion of drivers in the top 1,000, based on analysis of all telematics data.

Bigger than ever before, the telematics-based Microlise Driver of the Year Awards this year also featured shortlisted drivers from Culina, Waitrose, Maritime, Co-op and Alliance Healthcare.

The winners of a number of nomination-based categories were also announced including EV Downton’s Luke Tranter as Young Driver and Sam Rawlings from Gist as Most Improved Driver. Craig Walker from Hovis won the Extra Mile award while Steve Lynch from EV Downton won Driver Hero. The Lifetime Achievement award went to Hovis’s James Elflain.

The independent judging panel, which reviewed the entries for each of these categories, included

When asked about her experience as a judge for the awards Sarah Bell commented “Throughout the judging process we were able to delight at individuals’ determination and tenacity. The awards shine a light on this brilliant industry, and I was honoured to be a part of it again. “

The full shortlist of 24 drivers, who enjoyed a Porsche track day, are listed below.

Established in 1982, Microlise is an award-winning business with over 400 enterprise clients. With 350 employees based at the Group’s headquarters in Nottingham, UK, the Company also has offices in France, Australia, and India, with a total staff base of over 500 globally.

MICROLISE DRIVER OF THE YEAR AWARDS 2022 – SHORTLIST AND WINNERS